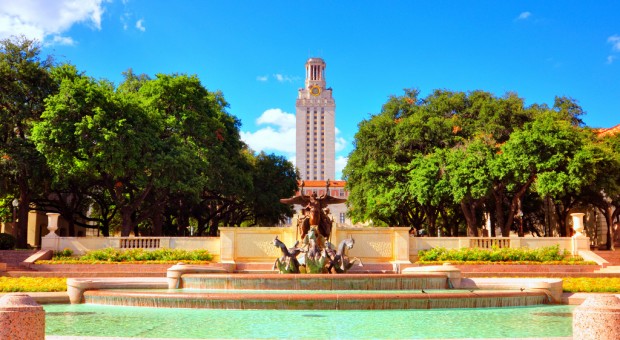 It’s no secret that lots of people are moving to the Austin area, but why are they moving here? A Reddit thread created a year ago, among other resources, provides some interesting insight into why people think Austin is the perfect place to call home. Surprisingly, it’s not all about jobs, cost of living and the economy – though those are important factors.

At Square Cow Movers we’ve seen the growth firsthand. In fact, we’re so busy we’ve opened a new location for moving in south Austin. Let’s take a look at the top reasons people say they are choosing the capital city.

Maybe it’s the city motto, but in Austin the general consensus is people are free to be themselves even if it’s a little out of the norm. This live and let live mentality is a big draw for many residents, especially those that work in the arts and education. A population that’s generally tolerant, accepting, non-judgmental and open-minded makes Austin a friendly city that’s pleasant to live in.

It should come as no surprise that music is a high on people’s list of reasons Austin is an amazing city. People cite the venues as much as the wide variety of music as a bonus for being in Austin.

Came for College and Stayed

Lots of people move to Austin because of college then end up staying long after graduation. The University of Texas is one of the biggest colleges in the country, drawing in around 50,000 students a year. In the Reddit thread smcdow notes that they came to Austin in 1979 to attend UT and have been living here ever since.

Going green is a lifestyle choice for many people. Austin is a natural choice for greenies because it has gotten national accolades for its investment in environmentally friendly building and transportation. The city heavily supports becoming carbon neutral and recently received a Climate Leadership Award from the EPA. Even SXSW now has Eco Awards.

Austin has a reputation of coolness. Across the country people who have never even been to the city know it as a place where cool things happen to cool people that hang out at cool places and have cool jobs. WascallywabbitJ put it this way, “I came from the Rio Grande Valley. Austin down there is like a legend. Only cool people moved to Austin. It was like a dream land. This is, of course, coming from a guy that never left the Valley. I lived there for 23 years of my life in the same city. Austin was just somewhere I had to move to. I never considered any other city but Austin.”

The biggest surprise is that many people say the weather is one of appealing factors about Austin. This is an observation that tends to come from people that moved from the northern regions of the country, but it’s a reminder that the super hot summer can still be better than a winter spent shoveling snow.

Getting to Watch it Grow

While the Austin old-timers that have been here since before the population boom may not agree, many of the new residents are excited by the prospect of getting to see the city grow and prosper. “It’s actually really neat to live in a burgeoning city, watching it develop, and being part of that change is something I rather enjoy…,” wrote Evilution84.

Austin is quickly becoming a foodie paradise. From gourmet food trailers to world-renowned Tex-Mex to innovative creations you can’t get anywhere else, more and more people are saying the delicious food is a reason to move to Austin.

Are you ready to call Austin home? If you’re making a move to the city give Square Cow Movers a call and we’ll give you one more reason to love Austin!