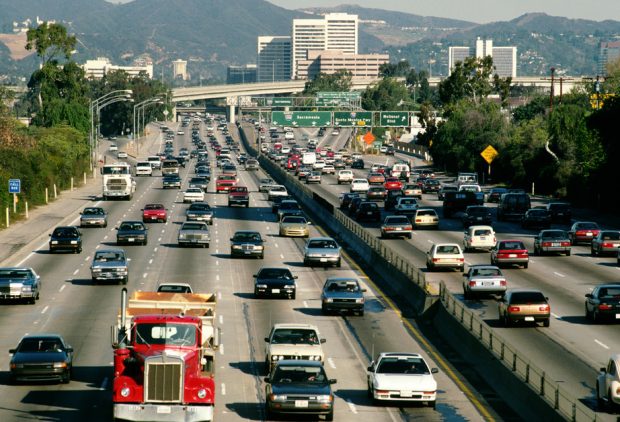 Americans are on the move, but where are they going? The Square Cow Movers crew took a look at some of the latest moving stats to find the answer. Here’s what we found!

People Are Going West and South

According to numerous studies, most people on the move are headed either south or west. Oregon topped the list of the states with the largest inbound population growth for the third year in a row. The growth has increased demand in Portland, which in turn has helped to boost home prices by 11%.

South Carolina came in second place and Vermont, the only state from the northeast on the list, was third in inbound growth. North Carolina (5), Florida (6) and Texas (9) proved that southern states are hot right now. Idaho (4), Nevada (7) and Washington (10) helped the west attract more residents.

On the opposite end of the spectrum are the northeastern states. Six of the 10 states with the largest number of outbound movers were from that region. When you drill down to the city level many of the cities that lost the most residents are in the northeast.

The U.S. Census backed up the findings with data of their own. Their estimates show that the south increased its population by 1.4 million between 2014 and 2015. The west picked up a net gain of 866,000 more residents. These moving trends have prompted some to dub it the snow-belt-to-sun-belt migration.

New reports released on July 1 show that Colorado added 101,000 new residents in the last 12 months. The change was about 10% higher than expected, and it’s the biggest jump since the before the tech bust 15 years ago. Many of the new residents are moving to Denver and the surrounding area.

Colorado’s population increase makes it the state with the second highest percentage change behind North Dakota. Analysts note that the increase in Colorado is largely attributed to migration not births and prolonged lifespans.

Urban Centers Continue to Grow, But So Are Suburbs

To say that the general population is choosing urban living over suburban life is a little bit misleading. Numerous studies have shown that both downtown regions and suburbs in major metros are growing. More surprisingly is the fact that outlying areas just beyond suburbs are also growing at a rapid pace in some metros.

The stretch between Austin and San Antonio is a perfect example of this migration trend. With 3.15% population growth Austin was the fastest growing large city in the country in 2015. But it also has some of the highest home prices in Texas. For that reason and others many people are looking to live beyond the city limits.

The U.S. Census Bureau found that Georgetown, TX was the fastest growing city in the country over the last 12 months. New Braunfels also made the top 10, and the cities of San Marcos, Buda and Kyle are also growing.

One of the key factors behind the growth of city centers is Millennials. Young professionals that don’t need much space and aren’t worried about school ratings are primed for urban living. The location certainly fits their lifestyle preferences. Almost a third of people under 30 years old say a downtown neighborhood is ideal, but only 16% of people over 30 say the same.

Number crunching by the Sacramento Bee shows that a significant number of Californians left the Golden State between 2004 and 2013. During that period 5 million people relocated out of state while only 3.9 million people moved to California.

Where did these millions move? The largest chunk (600,000) moved to Texas, which is no surprise to anyone that lives in or recently moved to Austin, Dallas, Houston or their surrounding suburbs. Analysts say the housing boom as well as the bust contributed to Californians moving out of their high-priced cities to places with more affordable cost of living. They also see Texas’ tax structure, more lenient regulations and low unemployment as a plus.

If you’re one of the thousands of people moving to Texas or Denver you’re in luck! Square Cow Movers has numerous locations across Texas, and we just opened our newest location in Denver. Our moving bovines can handle the heat of the summer and high altitudes so you can enjoy getting settled in your new city.