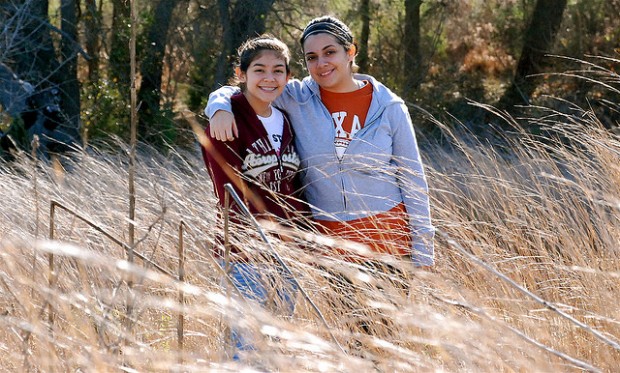 Unlike other cities in the United States, fall in Austin does not come with cool weather or leaves in autumnal tones that crunch under your feet.  Honestly, fall in Austin is still pretty hot.  While we don’t get the rich reds, deep oranges or gold tones that other cities receive, Austin sure does have a lot of brown.  There might not be large piles of leaves to jump in, but you will hear the crunching of grass, fried brown from months of the summer sun, if you walk across it.  Despite the heat and lack of a fall foliage display, Austin is still a great place to be in autumn.  Newbies to Austin and the greater Austin area can look out for these signs that fall has arrived.

-A sea of orange, burnt orange.  Actually, orange does appear in the fall. As the temperatures slowly start to drop from 100 to 99 and 98, every Saturday you will see the emergence of a sea of burnt orange.  This color is apparent in every one’s clothing to flags on cars and decor in front yards.  It’s almost as if the entire city is donning the same uniform together.  In some ways, they are.  Everyone is ready to cheer on the UT Longhorns.  Don’t say we didn’t warn you.  The only color to avoid in the fall is maroon, unless you are an Aggie. There is a long-standing rivalry between the University of Texas and Texas A&M. Aggies aren’t generally tolerated, but you will find a few in Austin.  Tread carefully while wearing maroon.

-The great outdoors.  Another great thing about fall in Austin is that it becomes bearable to go outside.  There is an increase in outdoor activities. It is now cool enough to run on Town Lake, play some disc golf, join a social or recreational sports league and exercise outside in the evenings instead of at the crack of dawn.

-Festivals, festivals, festivals.  The cooler weather also makes outdoor festivals and events more convenient.  ACL or Austin City Limits which dates back to 1974 is one of the biggest music events in Austin next to SXSW.  Newer events like Formula 1 also take place in October to take advantage of the cooler weather. Other October festivals and events include the Austin Celtic Festival and the Austin Film Festival.  These different festivals and events bring a ton of tourists to the city, but October is when it finally becomes bearable to be outside for an extended period of time without having to be by a body of water.

-Christmas Decorations. We all know that Austin isn’t the only city that suffers from an early onslaught of Christmas decorations, but this is a big clue that fall has arrived in Austin.  Costco may be one of the worst offenders, but for many other stores as soon as the Halloween decorations are taken down, Christmas displays go up.  Some brave stores may even display Christmas trees and toys in conjunction with Halloween costumes and candy.

How can you tell when it’s fall in Austin?