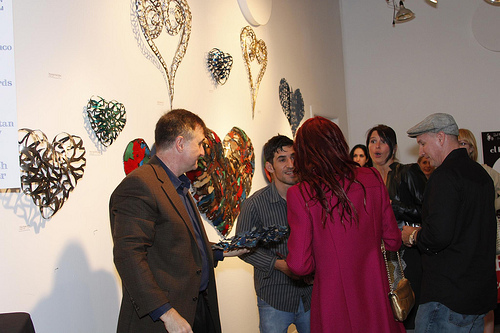 Artopia is a Houston event where culture, fashion, art, music and food meet.  Entertainment at this event includes: live music, fashion shows, dance and theatrical performances and works from over 25 local artists.  The 6th Annual Houston Press Mastermind Awards sponsored by Stella Atrois will also be presented at this event.  With a ticket to Artopia you will be able to enjoy all the entertainment mentioned above and partake in complimentary food, wine, beer and cocktail sampling.

Artopia is a smaller representation of the city of Houston itself!  Just like Artopia, Houston is a place where culture, fashion, art, music and food meet.  Get acquainted with Houston by reading some amazing facts about the arts, culture, music, food and fashion in Houston below!

Culture and The Arts:

The amazing food, art, fashion, culture and music of Houston are just a few reasons why we love this city!  Do you have any awesome facts about Houston to share with us?