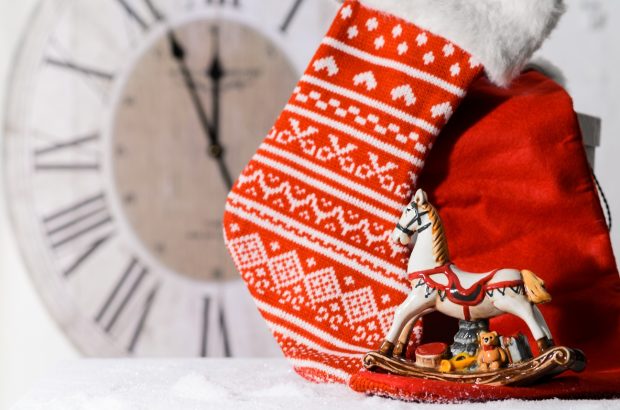 One of the time honored traditions of the holiday season is decorating both indoors and out. Millions of people around the country come up with impressive displays that range from a simple string of lights around the awning to thousands of bulbs that are programmed to dance to holiday music.

Decorating is a definite must in many households, but every year one inevitable question comes up. When can you start decorating for the holidays?

There are no set rules for when you can begin decorating for the holidays – unless you live in a very strict HOA. However, some people do consider it a matter of neighborhood etiquette. Let’s take a look at some of the most popular holiday decorating days and why people choose them.

There are a few holiday enthusiasts who prefer to bypass the Halloween decorations all together. Instead, they start getting the holiday décor up early. We’re sure this is extremely confusing for young trick-or-treaters.

Usually homeowners that start this early are the ones who put up massive holiday displays that require a substantial amount of planning. Logistically they have to begin at least a month early just to get it all done in time for the holidays.

The First of November

Halloween has it’s own home décor as does Christmas and Hanukah, but Thanksgiving is more of a grey zone. Because of this, some people decide to put up the holiday décor once the Halloween decorations come down.

As funny as it may sound, some people note the start of the holiday season when their local Starbucks rolls out the iconic red cups. From that point on decorating is fair game. For everyone that doesn’t frequent the coffeehouse chain, this would be sometime in the first half of November.

Eager beavers that love the holidays and want to make the most of their day off can be found pulling out the decorations on Thanksgiving. But according to popular consensus this is a tad too early. Confused.com held a poll that found 86% of people thought Thanksgiving was too soon for holiday decorations.

The Day After Thanksgiving

Many people lament that turkey day doesn’t get the attention it deserves because as soon as dinner is over (and sometimes before) people are already looking ahead to the next holiday. Black Friday, which now begins on Thanksgiving at some stores, doesn’t help matters. A fair number of people fess up to at least putting their Christmas tree up the day after Thanksgiving.

The First Day of December

Another popular day to put up holiday decorations and displays is December 1st. The month serves to mark the beginning of the Christmas and Hanukkah season, especially for anyone with an advent calendar.

For the most part, no one will bat an eye if they see you break out your lights and blowup snow globe at the start of December. It’s widely held as an acceptable time to start decorating.

For many people pondering this decorating conundrum, the real question is how early is too early to starting putting up holiday decorations. It seems that every year the process begins sooner – maybe because holiday commercials start earlier and earlier.

Our professional movers get an opportunity to see neighborhoods all across the state of Texas as well as Colorado. By the time the first weekend in December roles around it seems like most of the decorations are already up. Of course, if you want to get in the spirit earlier than what’s considered socially acceptable you can always start inside.

Moving to Texas or Colorado this holiday season? Let Square Cow Movers help you with the heavy lifting so you can focus on putting together a decorating plan. Give us a call or use the online form for an instant moving quote!