If you’ve noticed that lately every time you pull up to your house the curb appeal just isn’t inviting, or your backyard is bare and bland there’s a good chance you’re starting to think about exterior renovations. Before you break ground, have you ever considered buying another home in Houston instead?

Relocating in Houston versus remodeling is a big decision that can swing either way. Here are the things to consider when you’re thinking of completely renovating the exterior of a home – landscape, fencing, exterior structures and more. 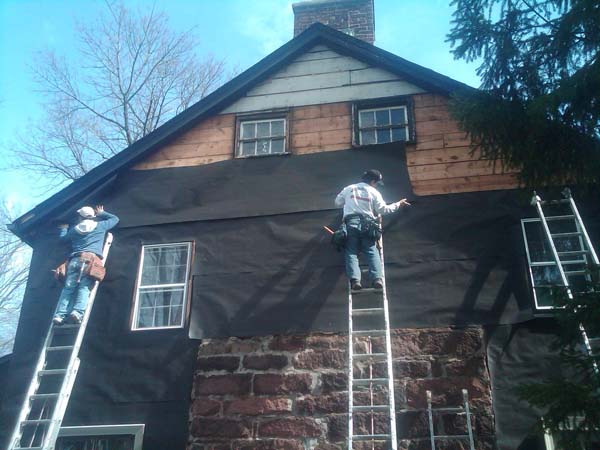 If It’s Really the Overall Neighborhood. . .

It’s one thing if your home is the only one of the block that’s needing an exterior facelift, but it’s quite another if yours will be the only one that’s been improved. When the issue goes beyond your own property line remodeling isn’t the answer. No improvement in the world is going to fix your location.

You’re better off exploring the possibility of living in another nearby neighborhood where all the homes have exteriors that you like. In a city like Houston where there is no shortage of different styles and environments, finding a neighborhood that has the look and feel you’re looking for is easier than you’d think.

Over-Improvement is a Possibility

Homeowners that look at their property as an investment understand the delicate balance between remodels that add value and ones that lead to over-improvement. It’s easy to get wrapped up in a project and keep adding improvements until finally you’ve spent far more than you will ever get in return once the home is sold.

There are a lot of remodeling projects that will improve your home’s curb appeal, which is very important for it’s value. But there are also just as many that will bring you into the over-improved category.

Will the Upkeep be Worth It

Some exterior projects don’t end when they are built or the landscaping has been put in place. Exterior projects tend to need more upkeep than the interior ones because they are exposed to the elements. If the thought of maintenance and upkeep isn’t your cup of tea it may not be worth it to invest heavily in your exterior.

You may be better off finding a home where the exterior improvements are already in place and well established.

It Could Cost More to Renovate Than to Relocate

Revamping your entire exterior is not a cheap endeavor. Even if you’re doing things DIY there are a lot of costs involved when you’re landscaping, building decks, installing a sprinkler system, etc. As with any home renovation you’ll need to estimate the total then add 20% for contingency costs. That will get you closer to the actual price tag. If you plan to use a credit card or home improvement loan to fund the project interest over the period of the loan also needs to be included.

When it’s all said and done the remodeling could cost you more than if you found a new home that already had all the exterior features you’re looking for. It’s a good possibility because many of those projects aren’t a dollar for dollar return. If you buy a new home where someone else has already done all the work you may get exactly what you want for a little less than what you would have paid out of pocket.

In turn you’d have to weigh all this against the cost of buying a new home in Houston. The city had a very strong real estate market in 2013 with rising values and declining inventory. This is good for many homeowners in Houston because it means they likely gained value in their home. But on the flip side that means buying a home will also cost you a little more. If you have enough equity in your home to make a good down payment, cover closing costs and get a new home for relatively the same amount you’re paying now then relocating could be more cost effective than renovating.

If you’re leaning towards making a move or have already decided that relocation is the better bet give us a call at Square Cow Movers. We’re always happy to help people get to greener pastures.