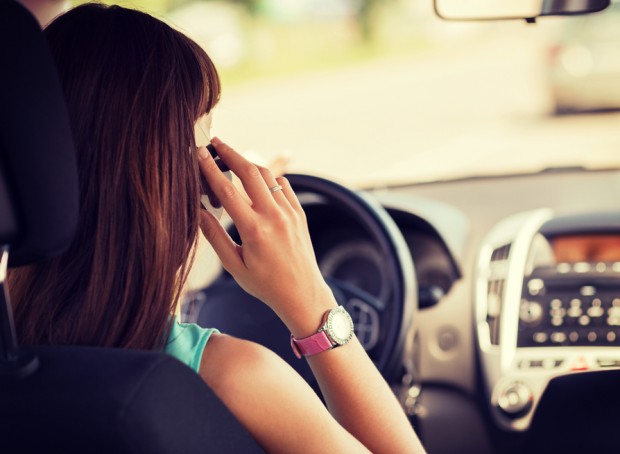 There was previously a law in 2010 that stated a driver may not text and drive, but this new ordinance bans all uses, even if you are using your phone as a GPS or navigation system.  You cannot do anything on a hand-held device while driving unless you are using a hands-free system such as Bluetooth, headphones, or a permanently affixed GPS system.

You are permitted to use a hand-held device when your vehicle is at a complete stop.  Other exceptions include using your cellphone to report a crime or call 911 during an emergency.

If your car is already equipped with a Bluetooth stereo and microphone, you can easily comply with this new law.  However, if you drive an older model vehicle, you may need to make a few adjustments.  A Bluetooth transmitter like this (http://www.amazon.com/GOgroove-FlexSMART-Bluetooth-Transmitter-Hands-Free/dp/B003PPGOC0) can be purchased for less than $50.  Many newer cell phones and smart phones also have voice activated commands, but they may require that you press or hold down a button.

The goal of this hands-free initiative is to increase safety by decreasing distracted driving in Austin.  An estimated 421,000 people were injured in crashes involving a distracted driver in 2012.  A University of Alabama study found that “Texting-while-driving bans were most effective for reducing traffic-related fatalities among young individuals (but) handheld bans appear to be most effective for adults.” Source: (http://www.newswise.com/articles/primary-texting-bans-associated-with-lower-traffic-fatalities-study-finds)  By passing this ordinance, the city of Austin hopes to make the roads a safer place for drivers, passengers and pedestrians. In an attempt to multitask many drivers will decrease their safety and the safety of others around them by using hand-held devices while driving.

San Antonio also enacted the same type of ban on January 1.  Many cities across the United States have similar laws prohibiting the use of hand-held devices while driving.  A study by the University of California, Berkley found that a four-year-old ban on hand-held devices decreased overall traffic deaths by 22% and deaths blamed on drivers using hand-held cellphones were down 47 percent. (Source: http://www.huffingtonpost.com/2012/03/05/california-cellphone-ban_n_1322726.html)

As cows that are frequently on the road mooving around in our Square Cow Movers trucks, we look forward to improved safety measures for ourselves and everyone else.  Don’t forget to put down your phones and stay safe everyone!