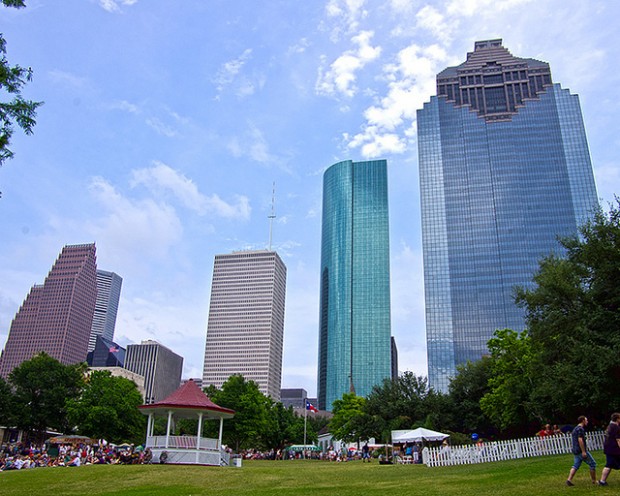 Houston isn’t all humidity and heavy traffic. Sure, both of those exist in abundance at times, but there’s a lot more to the fourth largest city in the U.S. If you’re thinking about making a move to Houston here are the things you can expect when you get to the big city.

Oil Isn’t the Only Economic Driver

Even compared to the rest of Texas, Houston is a powerhouse jobs creator. At the end of the first quarter of 2013 the Bureau of Labor Statistics reported that Houston had recovered 230.5% of the jobs lost at the height of the recession. Recovery doesn’t even begin to describe the economy in Houston. And despite what outsiders may think oil isn’t the only industry creating jobs. Only New York has more Fortune 500 companies than Houston. Food and grocery, waste management and construction are all industries driving Houston’s economy.

When it comes to our income oftentimes people become too focused on the size of the salary and forget how cost of living comes into play. A dollar goes a lot further in Houston than other major metros in the U.S., which means a lower salary shouldn’t be a deal breaker. A big paycheck won’t get you far if housing, groceries, transportation and utilities are sky high. A few years ago Praxil Strategy Group found that while Houston had the eighth highest average income at $59,838 it came out first after cost of living was factored in. The housing costs, just 2.9 times the annual income, is one of the biggest reasons cost of living is so low.

Diversity in Around Every Corner

Houston is a hub of cultural diversity. Even the New York Times has lauded the city for its variety of culinary delights. From the standard Texas BBQ fare to far off Vietnamese cuisine the restaurants are a good indication of the many different ethnicities and people that call Houston home. Census data shows that Houston’s population is the most diverse in the country and approximately 400,000 of the residents are foreign-born.

There are 10 major highway systems connecting the city and all the outlying areas. But there are also a lot of commuters. Houston is working to fix their biggest bugaboo – congestion during the morning and afternoon commutes. The city doesn’t have the worst traffic, but it did take 6th place overall. When its all said and done Houstonians spend 52 hours a year commuting on average. The Hardy Toll Road is one of the newest options for quicker commutes up north to George Bush Intercontinental Airport, Spring and The Woodlands. Inner-city urban redevelopment is also encouraging people to live central, which is helping somewhat to alleviate the problem. However, big changes like commuter rails are still a long way off.

People from all over the U.S. and even around the world come to Houston to receive unparalleled medical services and care. The colossal Texas Medical Center, M.D. Anderson Cancer Center and the Houston Northwest Medical Center are all working to push medicine to greater heights and are tackling even the toughest medical conditions.

Square Cow Movers now has even more locations that cover all of Houston! From The Woodlands to Katy, TX and everywhere in between. If you’re making a move in Houston Square Cow Movers can make it an easy transition.