When Ben Franklin came up with the idea of insurance, he may have been one of the more enlightened guys at the time. But he probably never saw the concept of “moving protection.” Perhaps he was too busy with the babes. If you didn’t know, he was quite a ladies’ man.

Just saying … maybe he used some of his new world quests to load the horse-and-wagon, ensuring that nothing would ever break. However, if the women he “dated” had a husband, you can be sure as god made little green apples that the faulted fella probably trashed the 18th century patriot’s version of a U-Haul.

In our current century, Richard Saunders (Ben’s penname) would have not pinched pennies when it came to being sheltered from damage when he moved between Europe and the U.S.

A few years back the Department of Transportation released statistics that every year more than 4-thousand moving complaints were filed. And the Better Business Bureau says things have tripled over the past decade. That’s why it’s so important to pick a credible mover like Square Cow Movers in Austin to keep your stuff intact.

Occasionally there will be a small problem. That’s why moving insurance should be pretty close to the top of your list when you decide to take a long-run with all of your possessions. Before we go any further, we want to toss some of the myths about relocation protection your way. It’s not an easy choice when it comes to getting a policy. Eliminating the lies will allow you to place your leg-up.

If you think that your homeowner’s insurance will deal with breakage that happens during the move, can we interest you in purchasing some land on Mars? Call your agent to see if there is some coverage. Most likely you’ll find out that while the company is packing your things in your home, there’s some protection. Once it’s all in the truck, you’re standing alone. 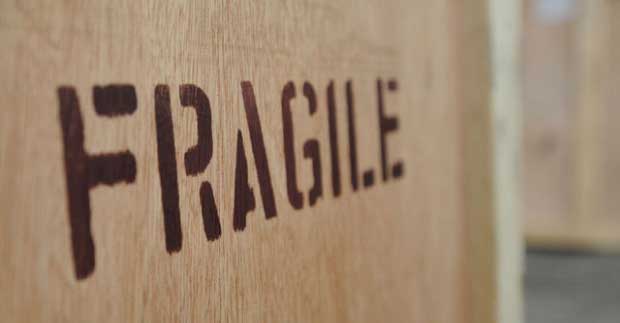 Moving companies will provide you with a certain sized umbrella to protect your goods. Generally the reimbursements are not focused on the actual value of the object. You’ll only get refunded by the pound. So, think about it. If the object is a $25-thousand dollar diamond something, weigh the precious jewel and you’ll see you might get back a buck-or-two.

There are quite a few states that won’t even let the moving company sell you insurance. It all has to do with a few rotten bananas who spoiled it for everyone by scamming the movee when they purchased the policy.

Back to Your Insurance Agent

Be safe. Talk to your agent about getting a policy from their company. There are a couple of kinds to look into:

Lump Sum – Full Replacement Value.
This is for those who are going the distance – one state to another or one country to a different place. It gives you protection for the complete declared value of the shipment. Smart move, do the math and get 8-bucks times the total weight of the possessions. If all that stuff weighs 4-thousand pounds, get $32-thousand worth of insurance. Materials that cost less that $500 don’t need to be on the inventory list. They do, however, need to be included on your total declared value list.

Valued Inventory – Full Replacement Value.
Here’s the gold standard when it comes to moving insurance. This is not only good for state-to-state and country-to-country. It’s your best choice if you’re moving from town-to-town in a given state. You’ll need to draft a list of the items. Included in that roster should be a dollar figure for the worth of every piece you’re moving. That estimate needs to be based on what it would cost to replace it when you get to your new home. Here’s an example: In 2008 you bought a flat screen teevee. It cost you a thousand dollars. Nowadays you can get a similar model for $700. List it at that level. On the other hand, perhaps you bought an original Picasso for $800 (good luck with that). Recently, it was appraised at 21-million simoleons. The value then is $21,000,000. Another plus is that having such a complete inventory, it will help you when you buy renters or homeowner’s insurance on Mars.