SXSW Film is a mecca for movie lovers, and who doesn’t like movies! We know we sure do – especially ones that revolve around cows and/or moving. There may be a few bovines in the SXSW Film festival this year, but the range of storylines couldn’t be more diverse. 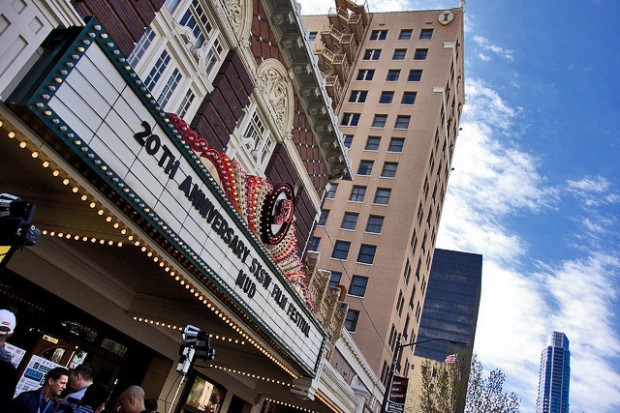 The film portion of SXSW was officially added 20 years ago with the goal of finding fresh, unique movies that weren’t necessarily the dime a dozen blockbusters seen everywhere. It’s a chance for passionate moviemakers to show off stories that might otherwise never get a chance to play on the big screen.

But the 2014 SXSW Film Festival will do more than screen hundreds of movies. It’s a complete package with panels that discuss all facets of filmmaking from the perspective of the pros. There is even an awards show, special film events and tons of parties for industry buffs to rub shoulders at.

In case SXSW Film 2014 doesn’t give you the cow/moving fix you’re looking for, here are some films to check out in your free time.

Home on the Range

This great, animated feature from Disney takes place on a dairy farm. In order to save their home the cows along with the other farm animals take on the role of bounty hunters in search of an outlaw.

Another animated movie this time from Paramount Pictures stars a cow that has to take over the farm when the farmer takes an extended vacation. There’s a huge cow cast voiced by big actors like Courtney Cox, Kevin James and Sam Elliott.

It’s another Disney film, but live action and geared towards those that are into the company’s teenie bopper movies complete with a music video. In this film two spoiled sisters have to learn responsibility by working at their family’s dairy business.

Vintage Tom Hanks! Anyone who has moved into a fixer upper or tackled a few home projects can appreciate the frustration felt by the couple in this movie.

The title says in all. This Richard Pryor comedy shows the downside of moving up the ladder in your career when you have to move half way across the country.

This quirky, yet amazing Tim Burton moving is about moving in more ways than one. A couple dies in a car wreak and instead of moving on to the afterlife they stay in their home. The only problem – a new family moves in.

Talk about a move. When a prince from Africa moves to America to find a queen he realizes that he’s far from home.

Moving looks funny in the movies, but in real life it can be time consuming and tough to do while you’re taking care of work and the family. Give Square Cow Movers a call and we’ll make sure your move is picture perfect.