You’re in the midst of a big move, and you’ve got everything planned out. On moving day the truck arrives, but you soon find out you’ll have to find another way of transporting a few of your things. Whether you’re using professional moving services or packing up the moving truck yourself there are certain items that are never allowed. To avoid delays on moving day it’s important to become familiar with what can’t be loaded in advance.

Here’s a quick rundown of what can’t be put on a moving truck and why.

Any items that could possibly ignite are strictly prohibited, because of the danger they pose. Should a fire start in the back of the truck not only does it pose a threat for the people driving, but there’s also a good chance it would destroy everything inside. It’s in your best interest to make sure any and all flammables are separate from your other belongings.

Anything that’s combustible is off limits for the same reasons as flammables. These types of materials are extremely dangerous and should be handled with care. Even if it seems like they are safe, all it takes is an increase or drop in the temperature for them to become a safety hazard. 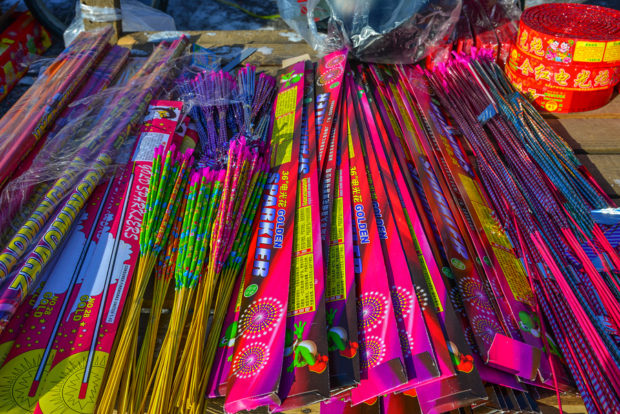 Examples of explosives and combustibles include:

Firearms are particularly problematic since states each have their own regulations on how they can be handled and transported. Also, what’s legal in one state can be considered illegal in another. The Federal Peaceable Journey law allows owners of legal firearms to transport a weapon as long as the owner has a permit for the locations where they are moving to and from. The firearms must also be unloaded and inaccessible.

Perishable items that are still in the fridge or open containers from the pantry aren’t dangerous, however, because they perish most movers don’t load them up on their trucks. This is definitely the case for a long distance move. Instead you’ll need to plan ahead with some coolers if you want to bring perishables along to your new home.

Food, including canned goods and produce, make up the bulk of the perishable items, but some movers also lump plants and animals into this group.

Living things, whether they’re plants or animals, don’t belong on a moving truck. Some moving companies may allow select plants on shorter moves. However, any moves across state lines are usually out of the question due to regulations. States are concerned with diseases and destructive pests that plants could harbor which is why special precautions have to be taken.

Not to mention plants need sunlight and water for survival. Even a day without either can be detrimental. 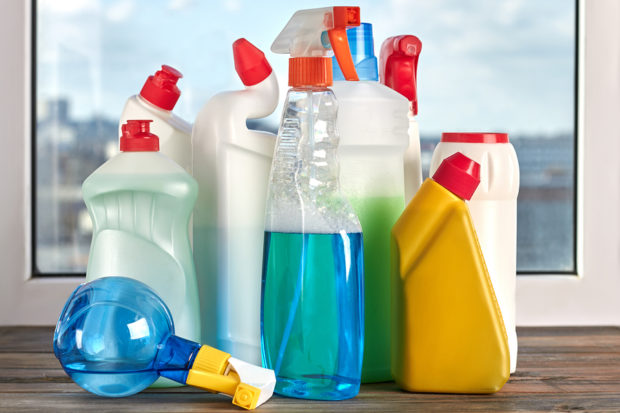 You may use them on a daily basis, but even regular house cleaners can be toxic, flammable or hazardous. Because these sit under a kitchen sink or in the garage it can be easy to forget that in certain situations cleaners can be dangerous.

Household cleaners you can’t load on a moving truck include:

Expensive items aren’t off limits due to federal safety regulations, but you may want to reconsider cramming them in with everything else. Moving high-priced and priceless items are best left to owners if they fit in a personal vehicle because movers are only required to insure items up to a certain amount. If you can’t move an item yourself, it’s best to discuss options for transporting them separately or using a crating service.

It’s best to keep the following in your possession during the move:

Anything that can be considered poisonous isn’t going to be allowed on a moving truck because of the threat that they pose to the movers. In addition to the cleaning materials mentioned above the following items fall into this category:

These are a little off the wall, but we’ve seen a lot of things in all our years of moving. Hazardous materials are anything that can harm people, animals or the environment. These can be physical, chemical or biological. The DOT and other federal agencies have regulations for safely transporting hazardous materials, and they must be stringently adhered to.

It’s extremely important to adhere to the rules, because if not you could get in trouble with the Federal Motor Carrier Safety Administration (FMCSA) during interstate relocations and other regulators during in-state moves. The administration enforces the federal regulations and state entities can dole out fines or penalties if a carrier is caught transporting banned household goods. For example, the FMCSA fine for violating hazardous material regulations is $75,000 or more.

A good moving company will let you know well in advance if any of your items won’t be permissible on the truck and will help you figure out another way of getting them to your new home or office. Give Square Cow Movers a call to see how many things we’re capable of moving!