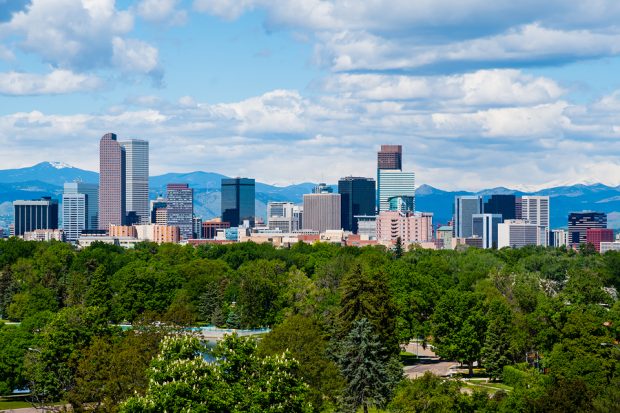 In 2016 we opened our first out-of-state branch in Denver, Colorado. Colorado is a popular destination for many who are on the move.  More than 1 in 10 Colorado households that filed a tax return in 2014 lived in another county or state the year before. That’s more than in any other state. If you are considering a move to the Centennial State there are a few things we think you should know!

The Centennial State is a nickname for Colorado that was previously used on license plates. The nickname is a reference to the fact that Colorado was admitted to the union 100 years after the signing of the Declaration of Independence. Other current and former nicknames for Colorado include: the Buffalo Plains State, Colorful Colorado, the Columbine State, the Highest State, the Lead State, the Rocky Mountain Empire, the Rocky Mountain State, the Silver State, Ski Country USA and the Switzerland of America.

Colorado has property taxes and a flat income tax rate of 4.63%.You can estimate your taxes with this calculator.

Colorado is home to over 215 breweries. It ranks 3rd amongst the states with most breweries. California and Washington beat Colorado with 509 and 251 breweries respectively.

In Colorado ski season can last from November until early July (depending on that year’s snowfall). The state is also full of people who love to ski or snowboard. There are 28 ski resorts in Colorado and over 42,000 acres of ski runs.

As a swing state, your vote really counts in Colorado. The governor of Colorado is a Democrat, but the state’s congressional delegation is pretty evenly split between Democrats and Republicans.

You know that Colorado has tons of skiing and snowboarding, but the rocky terrain and rivers also make white water rafting, rock climbing and mountain biking possible. Colorado is ranked the 5th most active state in the U.S. The state obesity rate of 20.4% also makes it the 2nd least obese state in the country. Coloradans are focused on health, fitness and outdoor activities.

At 6,800 feet, Colorado is the state with the highest elevation in the U.S.  Before you bake anything in Colorado, you may need to adjust the temperature or amount of ingredients. The higher elevation means that air pressure is lower so food can take longer to bake.  Liquids also evaporate faster so a recipe that calls for a certain amount of flour, sugar or liquids may need to be adjusted to keep batter from being too moist or dry.  Dough will also rise faster in Colorado because gases expand more at high altitudes. Check out this chart for more tips on cooking and baking at high altitudes.

If you plan on making Colorado your home, we would love to help you make the move to Colorado!