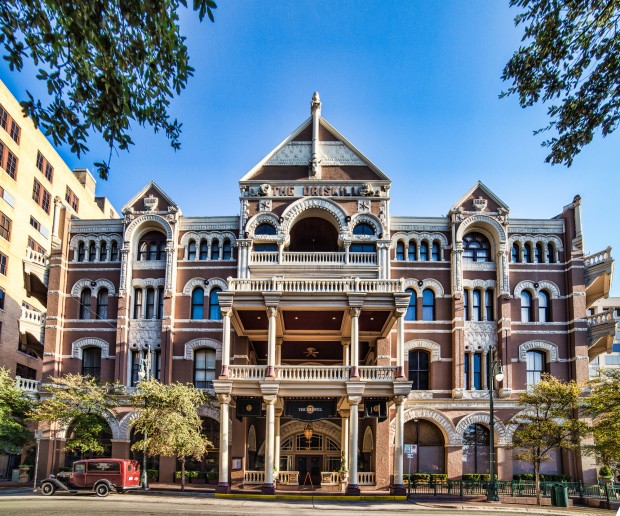 Compared to other cities, especially those along the East coast, Austin is a relatively young city.  However, Austin’s history is full of many spooky stories and allegedly haunted locations.  In honor of Halloween, we rounded up a few legends about the haunted history of Austin and the surrounding area.

Unlike the many ghost stories and sightings surrounding historic buildings in Austin, this event actually occurred.   The “Servant Girl Murders” are a well-documented story in Austin’s history.  In fact, there is even a PBS History Detectives episode on the murders.  You can watch the full episode here.  Jack the Ripper may be the most infamous serial killer of the nineteenth century, but the Servant Girl Murders occurred in Austin three years before the Jack the Ripper murders.  In total, seven females (five black and two white) and one black male were murdered.  The case was never solved.

A little further North of Austin in Round Rock, there is a road named Hairy Man Road.  Legend has it that during a flood in the 1800s a young boy was separated from his family.  He grew up isolated and became a scary unkept hermit who would frighten travelers and anyone who passed by the area where he lived, Brush Creek.  According to the legend, while attempting to scare some stagecoach passengers, he was trampled by horses.  Supposedly, his ghost still haunts the area.  You can read more about Hairy Man Road here.

The Driskill Hotel was built in Austin in 1886 and is the oldest operating hotel in the city.  There are numerous ghost stories and sightings involving the Driskill.  Descriptions of ghosts seen at the hotel range from children to men and women.  Ghost sightings include: a former housekeeper in a long gown arranging flowers in the lobby, a man who checks his pocket watch on the elevator and the more recent ghost of a Houston woman who committed suicide in the early 1990s after her wedding was canceled by her fiancé.

You can still visit this haunted site in Austin, but it now serves as a pizza restaurant in Oak Hill. Originally, the building was a general store built in 1879 and owned and operated by Texas Ranger James Andrew Patton.  Staff and visitors have reported a few ghost sightings which you can read about here.

Have you ever seen a ghost in Austin?  Are there any haunted stories we left out?  Share them with us!