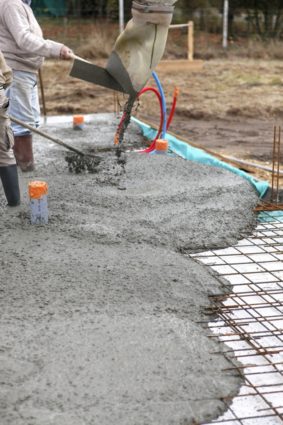 If you’re moving to Texas for the first time, you may be surprised to find there is more than one type of home foundation used in the Lone Star State. In cities like Austin and Dallas, it’s common to find both slab foundations and pier & beam foundations.

They are two completely different types of structures, but both have their pros and cons. Keep reading to learn more about these two types of foundations to determine which one is the best option for you.

Many of the older homes in Texas that were built in the 1960s or earlier have pier & beam foundations, also known as post and beam systems. At the time this was the most structurally sound way to build the foundation of a home because concrete pouring technologies hadn’t been refined like they are today.

If you’ve ever seen a house on stilts that is a perfect example of a pier & beam system, although many homes that use this type of foundation aren’t typically built that high off the ground. First, a pier is sunk into the ground deep enough so it butts up against stone and a concrete base is added. This helps to ensure the piers won’t shift. Next, beams are extended from one pier to another. These will support the joists and flooring of the home. Usually the crawl space underneath the beams is about 18 inches from the ground. This is where the plumbing and electrical components for the home are located.

While pier & beam systems do create very stable foundations, and are preferable in some situations, they can deteriorate over time. However, they are usually easier and less expensive to repair than a slab foundation. It’s also easier to install, repair and add plumbing with this kind of system.

Another consideration is insects and pests. A pier & beam foundation may be more likely to attract termites and rodents, however, it’s also easier to detect them and treat the problem compared to a slab foundation.

Slab foundations, also called a slab-on-grade foundation, are the most commonly used foundations today, particularly in planned communities because they are quicker and cheaper to construct. The concrete slab sits directly on the ground, but it isn’t as simple as pouring tons of concrete into a form. Usually the process includes:

If the home is on a level surface, slab is usually the first choice because it is cost effective and shouldn’t require repairs. They also require much less expertise, so there’s less concern over the foundation being built correctly.

If you live in an area where freezing weather is common in the winter a slab foundation may also make more sense. When pipes are contained within the concrete foundation they are better insulated and less likely to burst. Areas with a lot of moisture are also better suited for slab foundations because moisture can’t collect underneath the house, which is a possibility with pier & beam foundations.

If the soil in an area is prone to shifting and moving or there are severe swings in ground moisture (i.e. droughts followed by downpours) it can cause huge problems for a slab foundation. These things make slab foundations more likely to settle, which could lead to cracks, shrinkage or sinking.

If a slab foundation is damaged it can be very costly to repair. The same holds true for plumbing issues underneath the slab. There’s a good possibility the concrete foundation will need to be removed, and it’s far from a DIY project. 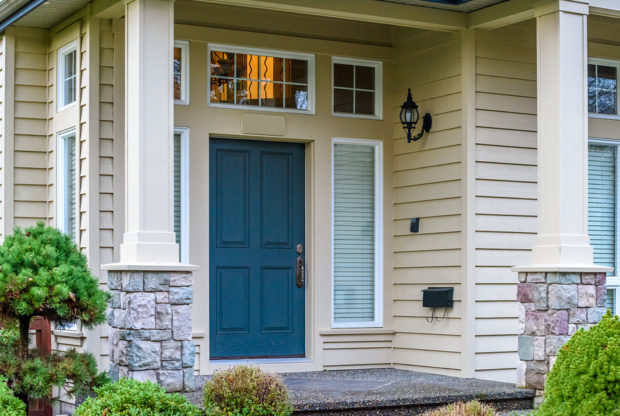 Have more questions about these two types of foundations? You may want to talk to a structural engineer who can provide additional details. It’s also very important to get an inspection by a professional before buying a home no matter what type of foundation it has.

No matter what type of foundation your new home has, Square Cow Movers can help you get settled in with less stress. Our experts can help with everything from planning the logistics of the move to providing packing services to loading everything up in our trucks.

Use our online form to get a moving quote in seconds!