Thinking of moving to Austin? Well, you are not alone. Austin has once again claimed the top spot on Forbes list of fastest growing U.S. cities for the third year in a row. The news comes as no surprise to the locals that have watched their city population steadily swell over the last decade. 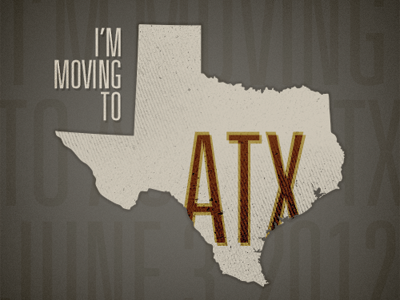 Forbes determined which cities had the fastest growth rate by using 6 metrics that measured population and economic data of the 100 largest Metropolitan Statistical Areas (MSAs).

The data used to identify the top 20 MSAs was provided by the federal government, Moody’s analytics and Payscale.com.

Austin Population and Economy by the Numbers

Here’s what Forbes found when they took a look at the Austin MSA population and economy.

But it wasn’t just the impressive numbers above that make Austin such an attractive area. Business owners say they are also moving their operations to the capital city because of the hard-working, intelligent base of workers and the relaxed atmosphere of the city overall.

Clearly the Texas economy, which is doing decidedly better than the nation as a whole, is a big factor in where people are looking to live these days. The state dominates the top 10 list of fastest growing cities this year.

In the current economic situation people are much more willing to pull up stakes and move where the work is. As far as attracting business goes, the state of Texas has plenty to offer including no state income tax, a business-friendly regulatory environment and robust labor market.

Don’t forget to swing by and say hey to Square Cow when you get to town!