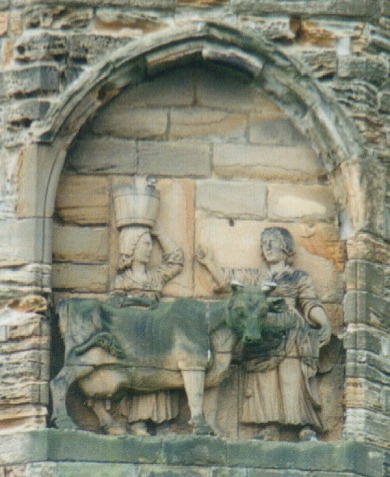 Now that you are all caught up on the early history of cows, peruse some of the highlights in cow history from the past few hundred years. Although many illnesses were transmitted through milk, cows contributed to advances in science and human health in the late 18th and early 19th centuries.

The history of cows and humans are interwoven.  Cattle and the products of cows have helped to sustain humans, change the American landscape, and both cure and cause disease. Like it or not looks like humans and cows and of course, Square Cow Movers, are in this together!