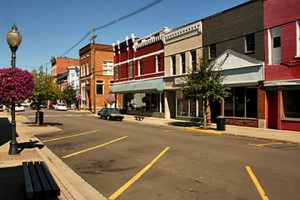 Thinking that by just unboxing your stuff, hanging the pictures and having to clean up some of the dog’s first vomit from the carpet means you’re settled into your new house; not quite. You’re just starting to get as snug as a bug in a rug.

You’ve got a long way to go, baby.

We all have different ways of settling-in at the new place. Perhaps it’s the first week of meals. Recent grads may not believe they “arrived” until there’s a pair of boxers perched on a lampshade. Others believe when the toilet actually works right they are home.

Are you relocating to the place where you entered the world? You’ve got a leg-up. But if it’s somewhere like “Wheretheheckami, Montana,” The house becomes a home when relationships begin. Don’t sit on the front stoop waiting for the Welcome Wagon. Be proactive. Get to know the folks that are also stuck in Wheretheheckami.

Don’t make a nuisance of yourself. Conversely, be careful of a type of person you may know from the past – Mrs. Blababouteverythingthatcomestohermind.

Something the realtor didn’t leave behind are tips on how to fit-in. If you don’t have a day job, all of these are worth a shot. Breadwinners, get to know the folks at work and pick a couple of the suggestions you can do without getting canned: