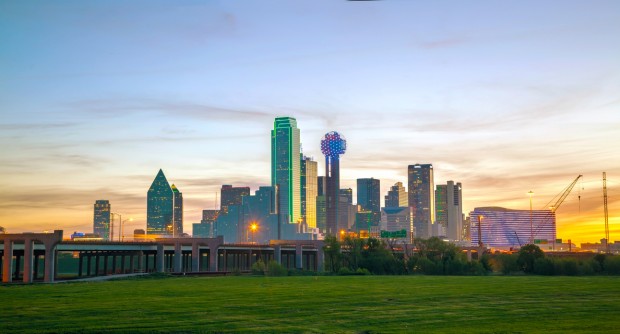 The Texas Triangle – better known as Dallas, San Antonio, Houston and Austin. It’s one of only 11 megaregions in the country. Right now the Triangle has approximately 20 million residents (70% of the Texas population), but that number is expected to reach 35 million by 2050.

The Texas Triangle is already a major economic hub in America, but it’s expected to grow even larger as more companies open up shop and relocate. There are also plans to create a superhighway for trade between Canada, the U.S. and Mexico that would run through San Antonio, Austin and Dallas. All the while Houston will continue to handle international tonnage at its ports.

Amazing job opportunities, affordability and rich cultural experiences are drawing people into the Texas Triangle from every corner of America and even farther away. If you plan on moving to Texas but haven’t settled on a city, this insider look at the mega region may help guide you in the right direction.

Culture: Austin is certainly one of the most interesting places in Texas. Here you’ll find people from all walks of life and hear live music on every corner. There’s a laid back vibe that’s inescapable and makes life feel like it’s moving a little slower. It’s also very green, both in terms of eco-friendliness and its natural surroundings. The famed Texas Hill Country is just west of downtown, and the Colorado River runs right through the city. The city’s motto is “Keep Austin Weird”, but many are now using the slogan “Don’t Dallas My Austin”. Both sayings give you a good idea of the culture in the capital city.

Culture: For years Dallas has been known as a business hub with Fortune 500 headquarters and big deals being made everyday. But there’s a lot more to the city than business. For one, residents know how to have fun and show city pride for their three pro sports teams. The Cowboys football franchise is one of the big reasons that Fort Worth has exploded in growth and essentially merged with Dallas. There’s also a thriving art scene including a variety of live performances. Currently Dallas is home to one of the largest art districts in the country.

Culture: Houston has one of the most diverse cultures in America. It is truly an international city with people from around the world coming to the area to live, work and vacation. In recent years the downtown area has been revived and is now a desirable, vibrant place to live as well as work. The city also has an amazing Museum District for virtually every interest. In recent years Houston has become a foodies paradise and is now hailed as one of the best places in the country to find interesting food infusions. Houstonians may live in an urban jungle, but there’s plenty of green space to enjoy. It rates #1 out of all the major metros with 49,643 acres of parkland.

Culture: San Antonio has a rich history as the oldest major city in Texas. Since it’s beginning the city has had one of the largest Hispanic populations in the country. This heavily influences everything from the colorful street fairs to the food. With attractions like the River Walk and The Alamo it’s also one of the top U.S. vacation destinations so tourism definitely factors into the overall vibe of the city. Another cultural and economic influence is the military’s Lackland Air Force Base and Fort Sam Houston. Since WWII there has been a heavy military presence in San Antonio that has helped shaped the city over the last seven decades.

Planning a move to Austin, Houston, Dallas or San Antonio? Square Cow Movers is one of the top local moving companies in the Texas Triangle. Use our online form to get an instant moving quote.