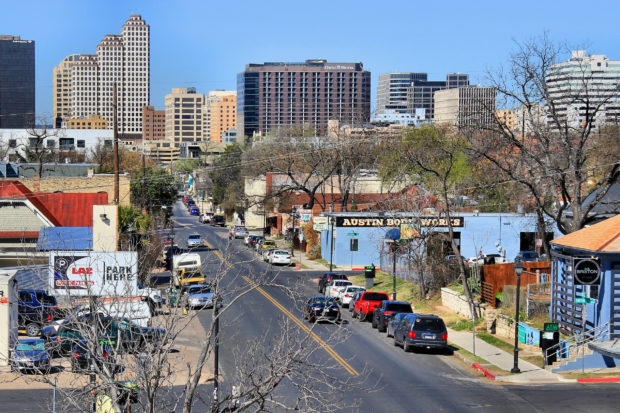 Walkability has become an influential factor in where some people live. Millennials in particular put high-value on being able to get around on foot rather than relying on a car. The trend has become so prominent that some new developments in suburban areas are putting emphasis on walkability.

In Austin, the walkability trend has been growing for some time. As a result, there’s a huge selection of walkable neighborhoods all around town. Here’s a closer look at a few of our top picks.

This quaint, quirky neighborhood just west of Lamar St. is tucked away, but it’s still within easy walking distance of the shops on Lamar, restaurants, bars and the iconic Nau’s Enfield Drug Store. Dog lovers will enjoy that West Austin Park is part of the neighborhood. Also, if you have kids, they can easily walk to school if they attend Mathews Elementary.

In the last 10 years, the neighborhood of East Riverside has totally been transformed. As new high-rise apartment buildings have been built, coffee shops, food trucks, grocery stores and even a gym have moved into the area. Both ends of the street are a quick walk away from all these amenities, as well as the south side of the hike and bike trail. Let’s not forget the H-E-B Plus that sits in the center of the neighborhood. There are also multiple bus stops along the road to help pedestrians venture further from home.

Further north, you’ll find the Mueller neighborhood. It’s a master-planned development that was designed from the ground up to offer residents easy access to a number of amenities, including several parks. There’s even a Texas farmers’ market at Mueller every Sunday.

If you don’t mind living next door to college students, the West Campus neighborhood may be the ideal place to call home. In addition to being able to walk to UT, you can also hoof it to the state capital in about 15 minutes. On your way you’ll walk past restaurants, pharmacies, museums, parks, and a number of other attractions. Head west and you’ll soon run into Pease Park, one of the largest parks in Austin.

Some would argue that the East 6th Street neighborhood helped fuel the desire for walkable neighborhoods in Austin. It’s long been a mixed-use area where homes and businesses sit side-by-side. According to WalkScore.com that’s an essential element of walkability. As more mixed-use spaces are developed, it’s helping solidify East 6th Street’s standing as a paradise for pedestrians.

Just south of Koenig and north of Hyde Park (another walkable neighborhood) sits the Triangle State neighborhood. It recently broke into the top 10 most walkable Austin neighborhoods according to WalkScore.com. Within five minutes of walking in any direction, you’ll come across at least four restaurants, bars, or coffee shops. It’s also one of the few walkable neighborhoods in Austin that includes a major hospital (Seton Medical Center).

Of course, the most walkable neighborhood in the city is downtown. WalkScore.com gives it a 90 out of 100 on the walkability scale. Most people who choose to live in the heart of Austin also work downtown and have a short commute on foot. You only have to walk steps outside your door to come across stores, shops, restaurants, gyms, art galleries and museums. You’ll be the envy of all your friends that have to battle for parking every time they make a trip downtown.

Want to ditch your car and move to Austin? Then Square Cow Movers can provide the transportation! Austin is our hometown and we’ve walked just about every square inch of the city. Give us a call today or use the online form to get an instant moving quote.