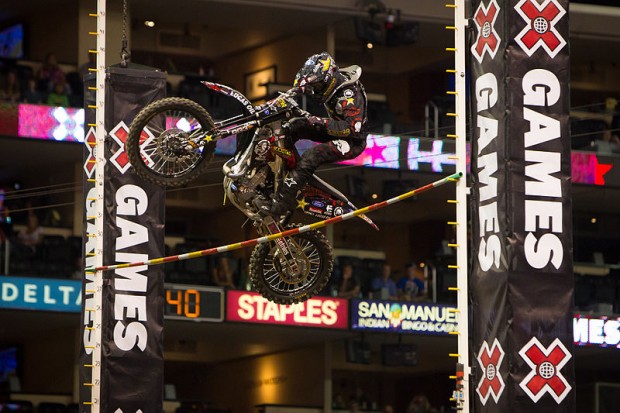 Austin’s rapid growth has permitted awesome events to come to the city.  While Austin is known for it’s live music and festivals like Austin City Limits (ACL) and South by Southwest (SXSW), for the first time the X Games are coming to Austin this summer!  The ‘X’ in X Games is an abbreviation for extreme sports.  In the world of sports, the X Games are a relatively recent addition.  The first X Games occurred in 1995 in Newport, Rhode Island.  Now it’s Austin’s turn to host the X Games from June 5-8.

The X Games are a jam packed three day event filled with competitions, concerts and a festival.  The competition portion of the X Games is comprised of four different categories: skateboarding, BMX, Moto X and 4 Wheels.  There are four disciplines in skateboarding: Skateboard Vert, tricks on a half-pipe, Skateboard Big Air, just like it sounds, Skateboard Park, also self-explanatory and Skateboard Street, a series of steps, rails and ledges which skateboarders perform tricks on.  BMX has four similar categories: BMX Park, BMX Street, BMX Vert and BMX Big Air in addition to a special discipline BMX Dirt.  Moto X gets even more intense with the five disciplines of Best Whip, bikers attempt to form their bodies and their bikes into ridiculous angles while jumping sky high, Step Up, riders climb an almost vertical wall, Enduro X, crazy obstacles will challenge riders, Freestyle, riders’ choice, and Speed and Style, a race with style.  The 4 Wheels competition will take place at the Circuit of the Americas track.  Two new competitions will debut at the X Games in Austin, Rallycross, a crazy track with dirt jumps and hairpin curves and Stadium Super Trucks, for the first time off-road trucks will race off jumps and around tight corners.

For the first time the X Games is more than just a competition, there will also be nine simultaneous festival villages to help keep everyone entertained.  Kanye West, The Flaming Lips, Slightly Stoopid, Pretty Lights FMLYBND and over 25 other bands will perform at the X Music festival village.  The Galleria festival village offers shopping, a food court, the X Games Museum, a fashion stage, graffiti wall and a movie theater.  The Playground is a place for kids and the young at heart to play some games like hydra tag or king of the hill.  Try out some shredding yourself when your Ride the Track or kickback at the ESPN Clubhouse, a sports bar style festival area.  Race karts at The Garage or play some technology based games in the Gaming Shack.  Learn more about how you can be environmentally conscious at Green Planet and don’t forget to spend some time at the Texas Ranch riding a mechanical bull or eating some local grub.