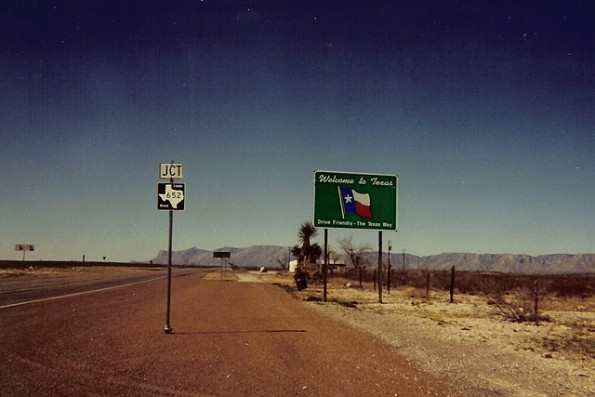 It seems like just about everyone in the country has either moved to, or at least considered moving to, Central Texas in the last 10 years. Not long ago Austin made headlines because 110 people a day were moving into the city. And Austin isn’t alone in the population surge. The fastest growing areas of Texas are actually the suburbs around Austin. Record numbers of people are moving to Cedar Park, Buda and Kyle.

The overall population growth in Central Texas has been so huge that builders can’t keep up. The real estate market is a key indicator of how hot the area is right now. The monthly inventory continues to be well below average, days on market are low and homes are going for relatively close to list price.

What is inspiring so many people to move to Central Texas? Here are 5 of the top reasons why the Austin metro area and beyond is such a hot bed for activity.

Even when the nation’s economy was struggling, Austin was one of the few areas that felt few repercussions from the recession. The unemployment rate has continued to remain below the national average. Some areas currently have unemployment rates as low as 3.5%.

Homes in Central Texas appreciated at a conservative rate before 2008 and remained relatively the stable throughout the recession. It’s the exact opposite of what happened in most areas. That stability has been the platform for the incredibly strong real estate market today. When homes are experiencing healthy appreciation year after year, people are going to take notice.

Affordability is another big factor. Even though the prices have gone up, particularly in Austin, they are still below the national average in most areas of Central Texas. In some Austin suburbs the cost is well below average, and buyers can find good homes with plenty of space for under $150,000. People relocating from California and the northeast get sticker shock in a good way when they house hunt in the Austin metro area, San Marcos and other Central Texas cities.

Let’s face it. Central Texas is just a cool place. It’s so diverse, but everyone is laid back and friendly. You’ve got techie-chic Austin, the Live Music Capital of the World. Then there’s the beautiful Hill Country that’s speckled with amazing vineyards, parks and scenic ranches. Neat little rustic, authentically Texas towns are located throughout the area. Chief among them is New Braunfels, which shows off Texas’ German heritage with the annual Wurstfest celebration.

Reason #4 – Lots of Ways to Enjoy the Great Outdoors

From the lakes to rock climbing, people enjoy the many, many days of sunshine in Central Texas. Given that the area west of Austin is one section that’s experiencing the largest amount of growth, people are clearly attracted to the Hill Country and it’s outdoor pleasures. And who could blame them? The beautiful rolling hills and staggering cliff sides offer up hiking, biking, climbing and the lakes are fun even during summers when the water levels are low.

Ok, this isn’t unique to Central Texas, but it’s a significant factor for people that are considering a relocation. Not having to pay state income taxes has a real affect on cost of living, which is already a little below the national average in Central Texas.

If you’re one of the many people moving to Central Texas give Square Cow Movers a call. Our owners made the move here seven years ago and we’ve been moving families, couples, individuals and businesses around Central Texas ever since. Give us a call or use the online form for an instant moving quote.