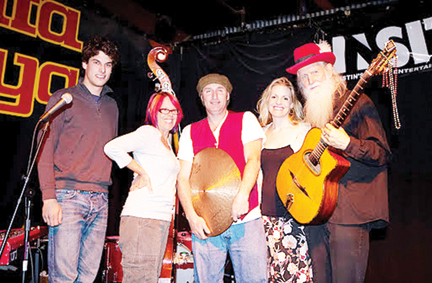 After the busy holiday-filled months of November and December complete with feasts and family get-togethers, the cold months of January and February can seem like somewhat of a letdown.  The weekly Brown Bag Lunch Concert Series at the Lakeway Activity Center may be just the right pick-me-up you need.  Every Thursday from 12 PM to 1 PM in January and February you can bring your lunch to the Lakeway Activity Center and enjoy live music.  Musical genres represented include everything from jazz and cabaret to rock and opera.  The artists and musical groups performing include: Kay and Friends, Silvie Rider, Red Young, The VIntage15 Orchestra, Natalie Cummings, Soon-Chan Kway, The Second Line Jazz Band, The Suzi Stern Quartet, Matt Wilson, and Slim Richey & the Jitterbug Vipers.  This eight week concert series features a variety of musical styles and a diverse group of artists.  Austin is known as “the live music capital of the world,” but if you a live a little further out in the Lake Travis area this is a great opportunity to watch some live music without having to venture downtown on a busy weekend night.  For more information: http://www.cityoflakeway.com/index.aspx?NID=278