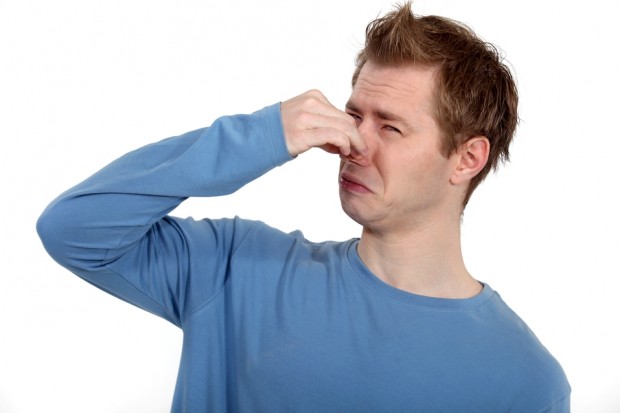 After helping hundreds of clients move in Central Texas, we’ve noticed there’s one thing that should definitely be handled before everything is moved into a home – odors.

Real estate experts agree that bad smells are one of the biggest turnoffs for buyers and renters. If left unaddressed, the odor could seep into your furniture, clothing and more, rather than going away on its own. It’s also easier to handle a tough smell before everything is moved in, since a good cleaning is a part of the process.

No matter what odor is smelling up the house, the first thing to do is open up a few windows. When homes are shut up airtight, all the odors and particles build up. So much so the EPA estimates the indoor air in homes is 2-100 times more polluted than outside air. Yikes! Opening the windows and doors will allow fresh air to circulate through the house and let the foul smells out.

Keep reading for tips on how to get rid of the toughest odors.

This is one of the most notoriously difficult smells to get rid of because cigarette smoke clings to floors, walls, furniture – basically everything. All surfaces will need to be given a good scrub down, but that’s just the start of the deodorizing process.

The most effective method for deodorizing the walls and ceiling is adding a new, fresh layer of KILZ paint. It’s known for blocking strong odors that can’t be removed with cleaning alone. You may also want to consider repainting the trim. Cleaning the cabinetry is also a must, but re-staining or painting with KILZ will yield the best results.

If you now own the home and have the extra money, the best option is to replace the carpeting because the smell could have sunk into the pad. If not, try sprinkling baking soda on the carpet and letting it sit overnight. After its had time to sit, vacuum thoroughly.

Finally, change out all the filters at least monthly for the next three to four months. You may also want to consider getting the ductwork cleaned if the previous owner was a heavy smoker.

Activated charcoal is the answer for many pet odors. It’s very absorbent, and there are products made specifically for handling smells created by cats and dogs. If the carpet is the issue, usually the easiest and most effective (but not cheapest) fix is to remove it and add new flooring. If you plan to keep the carpet, try using a mix of one part vinegar, three parts water on the smelly spots. Vinegar is acidic enough to kill the bacteria that are causing the smells.

Mildew, and its foul aroma, is caused by moisture. Step No. 1 to reducing a mildew smell is to run a dehumidifier. Mix together a cleaner of rubbing alcohol and a few drops of mold spore-killing tea tree oil. Lightly spray any musty smelling spots and let it evaporate.

Some foods, like kambucha, may be delicious and good for you, but the smell they leave behind is anything but. Wash the cabinets and countertops with warm water and soap to remove any smelly residue. Next, set out a few bowls of coffee grinds overnight to help absorb the smell.

At first you thought the fridge was a bonus – until you opened it. If your new fridge has offensive fumes coming out of it, here’s what to do. Spray the shelves and trays with hydrogen peroxide and wipe everything down. Next, open a box of baking soda and set it on a shelf in the back of the fridge to contain present and future odors. If you’d prefer to just replace a worn, smelly fridge, make sure to check out these time saving, appliance moving tips first.

We can’t get rid of the smells for you, but Square Cow Movers can take the moving off your hands. Use our Instant Moving Quote form to get a moving estimate in seconds.