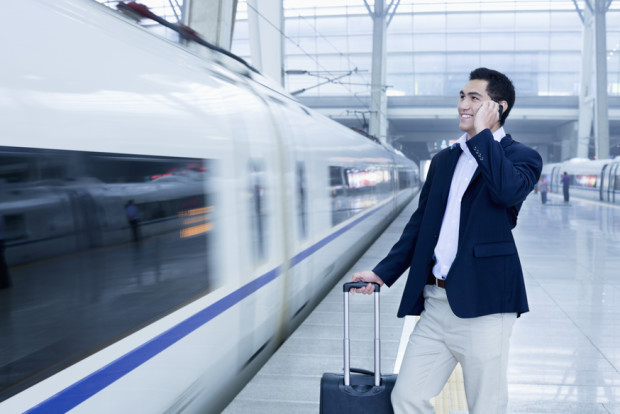 Railroads once played a significant role in Texas’ development. They drove the economy, cities built up around them,and they helped the nation expand westward. The same might soon be said about a different type of rail.

For some time now, plans to connect Texas cities with high-speed rails has been in the works. Three of the four major metros have also invested in light rail systems within their cities. The investment is giving the growing number of residents that are moving to Texas additional transportation and living options.

Today, we’re taking a look at the latest rail projects, how they are already having an impact, and what they could mean for the future of Texas.

The 90 odd miles between Austin and San Antonio was one of the first routes to be considered for a high-speed rail that would connect the Texas Triangle. And it makes a lot of logistical sense. It’s a straight shot that isn’t too extensive, the ride would be quick enough between the two for daily commuters, and there’s been a significant amount of growth in and between the cities.

Let’s be honest. Relaxing in a trolley car is way more appealing than battling traffic down I-35.

The Lone Star Rail Plan (LSTAR) has been in the works for some time, and it could become a reality in the next five years. Working through the red tape has been a battle even though the LSTAR staff estimates they would have 20,000 riders a day going between San Antonio’s south side and North Austin. But demand has not sped up the process.

In addition to opening up more job opportunities, the benefits of this rail line include:

There would be 32 rides a day that would take roughly 60-75 minutes from one downtown to the other. Two stops, one in New Braunfels and one in San Marcos, are also planned for that express line. Other trips would have as many as 16 stops in between.

Being privately funded doesn’t mean a high-speed rail is easier to accomplish, but the Texas Central High-Speed Railway did make a lot of progress in 2015.

The line is set to connect the sizable metros of Houston and Dallas. It would have a super high-speed bullet train – the first in the country. Officials say it could take people between Houston and Dallas in less than 90 minutes.

Analysts predict that this could have huge implications for the Texas economy because the two metros are economic hubs. In fact, the railway is being built by a Texas-based company that wants to add 10,000 jobs a year during the construction phase. They are also promising to minimize the environmental impact with a track design that only requires the width of an average FM road.

Last month, the corridor was finalized, which was a good and bad thing. Good because environmental studies can now be done. This is one of the final pieces of the puzzle before construction can begin. Unfortunately, the project took a blow when the Federal Railroad Administration determined the track couldn’t go all the way into downtown Houston.

The City of Austin has been working to expand its light rail since the first rides began in 2010, but contention over where the rail should expand has caused hang-ups. Being a very environmentally friendly city, the majority of people are onboard with the idea of growing the rail system, but cost has caused voters to shoot down proposed expansion plans in the past.

At the end of 2015, plans for the downtown station improvements were revealed. The $22 million project will be funded by a $50 million grant from the Texas Department of Transportation. A green line to Elgin is also being discussed.

Rail lines are proving to be economic generators that create development along the line. This could mean growth for all of the smaller cities between the major metros and more living options for just about everyone.

If you’re planning to move in Dallas, Houston, or Austin, Square Cow Movers can get you close to all the rail action. We have locations throughout the Texas Triangle and experienced movers that make it easy and quick to jump from one city to the next. Use the online form for an instant moving quote!