It’s no secret that Austin’s real estate market is heating up this summer. But which Austin neighborhoods are the hottest? With the average days on market dropping and multiple offer situations increasing it’s clear that there are plenty of areas that are popping right now. 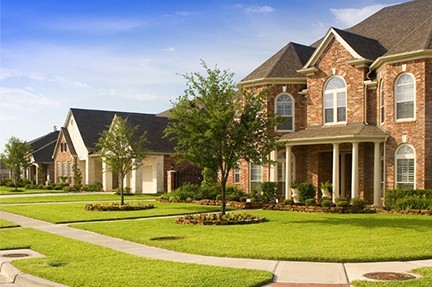 Where the majority of buyers are looking seems to closely correlate with the fact that a lot of young people without kids are moving to Austin at the moment. Let’s take a look at the neighborhoods that are peaking the most buyer interest so far this summer.

It’s the newest area to be emblazoned with the Keep Austin Weird badge of honor. The Eastside was even heralded as the 7th hippest hipster neighborhoods in the country by Forbes. Just about everywhere east of I35 from MLK to Riverside is the place to be for locals that want to live in a neighborhood with flavor, that’s close to downtown and still fairly affordable.

If the seemingly endless new condo builds aren’t evidence enough that downtown is a real estate hot spot then maybe the numbers from ABOR will convince you. The median home price is now $370,000, up 14% from last year.

South Lamar has seen a serious resurgence this year after being overshadowed by South Congress for quite some time. New condos are starting to find homes there alongside Austin staples like The Broken Spoke. Currently six big mixed-use projects are in the works, which will likely give the area a little bit of a facelift. It’s an alternative for those that are looking for somewhere a little less trendy and a little less expensive than SoCo.

Speaking of South Congress, keep driving south past all the SoCo shops and hangouts down to the other side of 290/Highway 71, and you’ll find another area of town that’s blowing up. The secret of south Congress’ sleepy tree-filled neighborhoods (that are surprisingly close to downtown) is starting to get out. What’s known as West Congress, the area just west of South Congress between 290 at the north and Stassney on the south, has seen a 17.3% year-over-year increase in price and a lot of buyer interest.

Other Austin neighborhoods that deserve an honorable mention include:

All the neighborhoods above have also seen home values increase by 10% or more since last year according to Zillow. ‘Get ‘em while they’re hot’ should be the Austin real estate motto this summer.