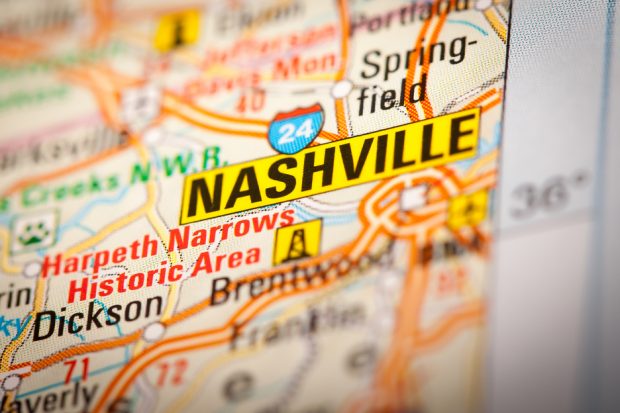 When we decided to move to Nashville, we knew we were expanding to one of the country’s greatest cities. Nashville has long been known as the mecca for country music, but in recent years the city has gained a reputation for providing a fantastic quality of life, amazing eateries and cool hangouts. It’s a vibrant city that’s growing and diversifying in great ways.

The people in Nashville are also super friendly. They’re quick to provide suggestions on great places to try if you’re looking for something to do or a delicious meal to eat. We’re joining in with our own Nashville best of’s list. Enjoy!

Best of the Best Things to Do in Nashville

Nashville has made it’s own version of Ted Talks with presentations that feature local experts.

Nashville is home to the Musicals, Oakland’s AAA affiliate. During the game you can enjoy a beer, hot dog and round of dueling pianos.

Even if you aren’t one of the 20,000 runners, you can participate as a spectator or volunteer at the Rock ‘n’ Roll Nashville Marathon.

During the summer dozens of downtown Nashville galleries open their doors for the First Saturday Art Crawl.

Best of the Best Places to Visit in Nashville

Explore a replica of the Parthenon at Centennial Park while checking out the work of local artists.

No Nashville best of list is complete without mentioning The Grand Ole Opry. Even if you aren’t a country music fan, it’s worth the time just to see the impressive venue in person.

This isn’t a gym. It’s actually a birthplace of Nashville’s music scene. Spend a few hours just roaming around the property or catch a show.

If you’re a country music lover the Country Music Hall of Fame is a must-see. You can easily spend the better part of a day checking out artifacts like Elvis’ solid gold limo and instruments used by some of the greatest musicians that ever lived.

After checking out the Country Music Hall of Fame you can see where some of the greats actually recorded at RCA Studio B.

Nature lovers and art lovers get the best of both worlds at the beautiful Cheekwood Botanical Gardens and Museum of Art.

Best of the Best Restaurants in Nashville

Nashville is known for being a BBQ hot spot thanks to fantastic staples like Martin’s Bar-B-Que Joint. The demand for their pork plates was so huge they’ve opened multiple locations around the city.

This new restaurant is the best spot to get oysters on the half shell as well as other edibles from the ocean.

What makes this a top spot is great bar food and a rooftop patio for relaxing before you head across the street to watch an event at the Bridgestone Arena.

This is by far one of the most popular food trucks in Nashville, and now there’s a brick-and-mortar location where you can load up on specialty grilled cheese sandwiches.

Arnold’s Country Kitchen serves up some of the best soul food in the south. At least one person at the table has to order the fried green tomatoes.

Best of the Best Places to Get a Drink in Nashville

If you ask locals which bar is a reflection of the city you’ll probably be told Tootsies Orchid Lounge is the place to go. This honky tonk watering hole has been around for years in the heart of downtown Nashville.

Yazoo is consistently ranked as the best brewery in Nashville. Come in for a beer or take one of the tours that are given twice weekly.

If you don’t make it to Nuit Belge or you’re more interested in talking to local brewers about their craft, then get down to the East Nashville Beer Festival.

This past year Blackstone Brewing Company was named the ‘Best Taproom Evolution’. It’s currently undergoing a renovation that promises to make Blackstone bigger and better than ever.

Best of the Best Shopping in Nashville

The name says it all. If you’re looking for something offbeat or neat beyond belief you’ll find it at Cool Stuff Weird Things.

It may not be a “shop”, but the Nashville Flea Market is a great place to find interesting oddities. It’s one of the most highly rated flea markets in the country and with 2,000 vendors you’re sure to have fun hunting down home décor.

The Mall at Green Hills

You can find over 861,000 square feet of premier shopping all in one place at the Mall at Green Hills.

Want to get your own piece of Nashville greatness? Square Cow Movers is one of the top moving companies in Nashville. We bring the same personable yet professional services that made us a household name in Central Texas to Music City U.S.A. Give us a call today to learn how we can make moving a great experience.